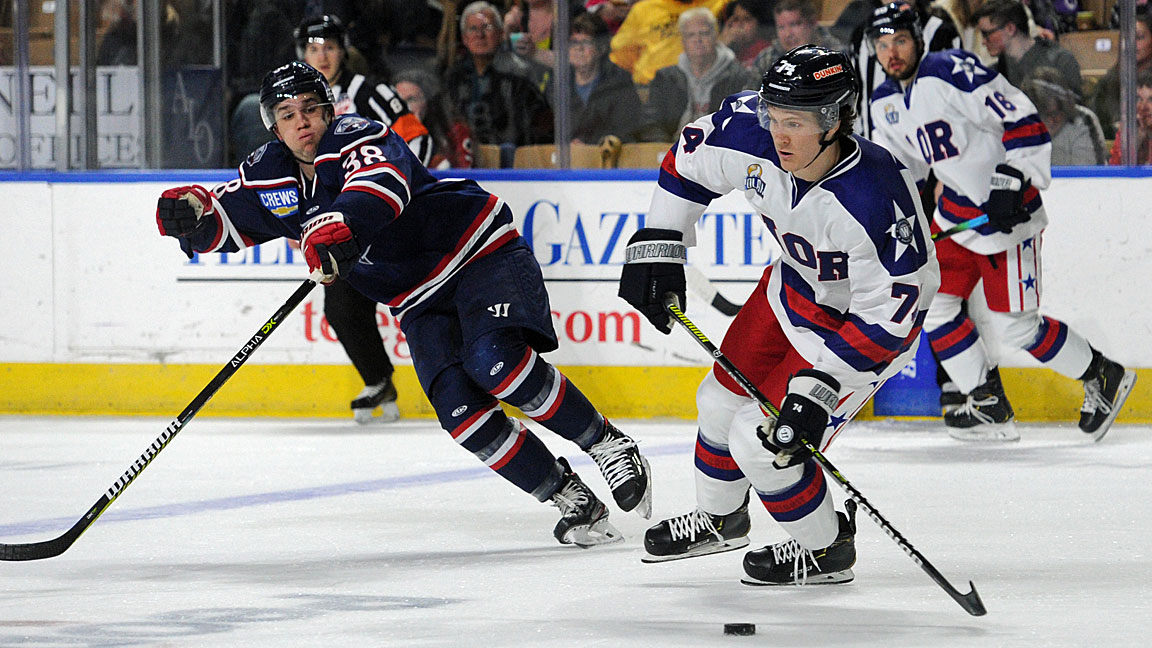 Meeting 2 of 2 vs. South Carolina this season

Worcester, MA – The Worcester Railers HC (19-34-4-0, 42pts) played game number two of the home three in three weekend and fell 3-1 to the South Carolina Stingrays (42-11-3-1, 88pts)in front of 5,140 fans at the DCU Center on Saturday night for Miracle On Ice Night. The Railers close out the weekend Sunday, March 1 for a Kid’s Giveaway Sunday and Girl Scouts Night playing host to the Reading Royals at 3pm.

The South Carolina Stingrays scored three unanswered goals from Kristofers Bindulis (1-0-1), Cam Askew (1-0-1), and Scott Davidson (1-0-1) while Logan Thompson made 29 saves in net for the win. Tyler Poulsen (1-0-1) scored the lone Railers goal while Jakub Skarek was exceptional in net making 33 saves in the loss.

It took Worcester just 1:48 into the game to get the first score when Tyler Poulsen (12th) cleaned up a rebound in front of Logan Thompson as both his line mates Brennan Feasey and Eddie Matsushima collected assists. Jakub Skarek was perfect in net making 14 saves as the Railers took a 1-0 lead into the dressing room after 20 minutes of play.

Worcester was able to muster up just three shots in the second period as South Carolina got the only goal of the frame coming from Kristofers Bindulis (6th) 93 seconds into the period when he tucked one by Jakub Skarek on the far post. Worcester was outshot 12-3 in the middle stanza but were all square at 1-1 with South Carolina through 40 minutes of play.

Cam Askew (11th) gave the Stingrays their first lead of the game at 3:23 when he roofed it over the left shoulder over Jakub Skarek from the right dot at 3:23 to take a 2-1 advantage. Scott Davidson (1st) put the icing on the cake for South Carolina with his first pro goal at 11:58 taking a 3-1 lead. The lead would hold for the Stingrays as they prevailed 3-1.