Hey guys, Cam McGuire (PR & Social Media Coordinator) for the Railers checking back in with another McGuire Wire. We are OFFICIALLY 56 days until Opening Night vs. the Adirondack Thunder on October 12th. The BIG news of the week was the announcement of the Railers promotional schedule for the 2019-20 season! I plan to cover:

I have officially been in Worcester two and half months now and I’ve heard a ton of amazing things about POW WOW Worcester when I first got here but never knew what it was…  WELL the time has come as POW WOW kicks off with the Opening Party on Saturday (8/17). Earlier this week on the Railers Radio Hour we had on Jess Walsh, Owner of Worcester Wares & Co-Director of POW WOW, on talk about some of the events. Click HERE to Listen. If you want to check out all the events for the upcoming week click HERE.

The Railers and the Beast met eight times last season with the Railers posting a 3-3-1-1 record vs. Brampton. See below for the full breakdown of last season’s matchup.

It took the Brampton Beast until Aug. 1stto announce their first player signing for the 2019-20 season but, they now have officially announced seven players signed for the upcoming year (6 forwards and 1 defenseman). See below for the complete list of players.

(F) Jackson Leef. The 6-0, 185lb native of Fort Wayne, IN enters his third pro season after setting professional career highs in games played (60), goals (13), assists (22), and points (35) while playing for Brampton. The 27-year-old played four years at Westfield State University from 2013-17 and was MASCAC Player of the Year during his senior season where he played 26 games tallying 40 points (19G, 21A).

(F) Perry D’Arrisso. The 5-10, 190lb native of Mississauga, ON enters his third professional season but, his first in the U.S. after spending his first two playing in France. The 27-year-old played four years at Clarkson University from 2013-17 where he played 119 games totaling 26 points (11G, 15A).

(F) Matt Mcleod. The 6-1, 192lb native of North York, ON enters his first professional season after spending the last four years at Canisius College where he played 124 games accumulating 25 points (8G, 17A).

The Railers and the Beast will meet eight times this season. See below for all games vs. Brampton. Red= home game.

The Railers are picking right up where they left of last season and getting back into the community. Back in June the Railers took home the 2018-19 ECHL Community Service Team of the Year Award at the League Meetings in Las Vegas, NV. Community Relations Coordinator, Paul Harris, wrote an update for fans about the Railers in the community this summer. Click HERE to read. 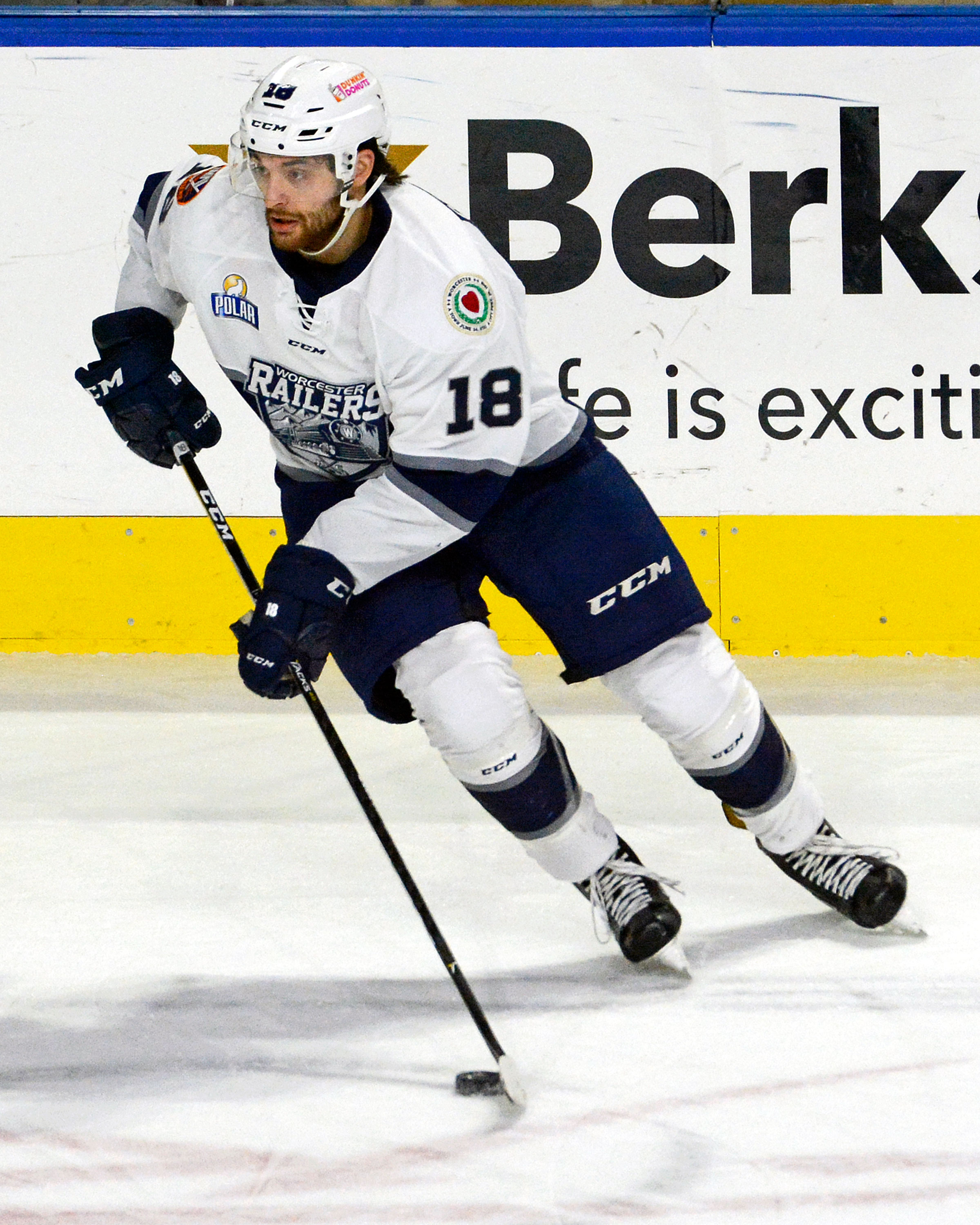 On Tuesday (8/13) the Wheeling Nailers announced that they had re-signed former Railers forward Nick Saracino. The 27-year-old played 27 games for the Nailers last season producing 37 points (17G, 20A). The former Providence College Friar also appeared in 38 games with the AHL Binghamton Devils last season where he totaled 10 points (6G, 4A) after signing a PTO with Binghamton on Dec. 26, 2018. Saracino played with the Railers in their inaugural season appearing in 61 games recording 37 points (12G, 25A).

If you have not already be sure to check that promo schedule out! That will do it for this week. Be sure to send me your questions or comments on anything to camm@railershc.com. Until next time..