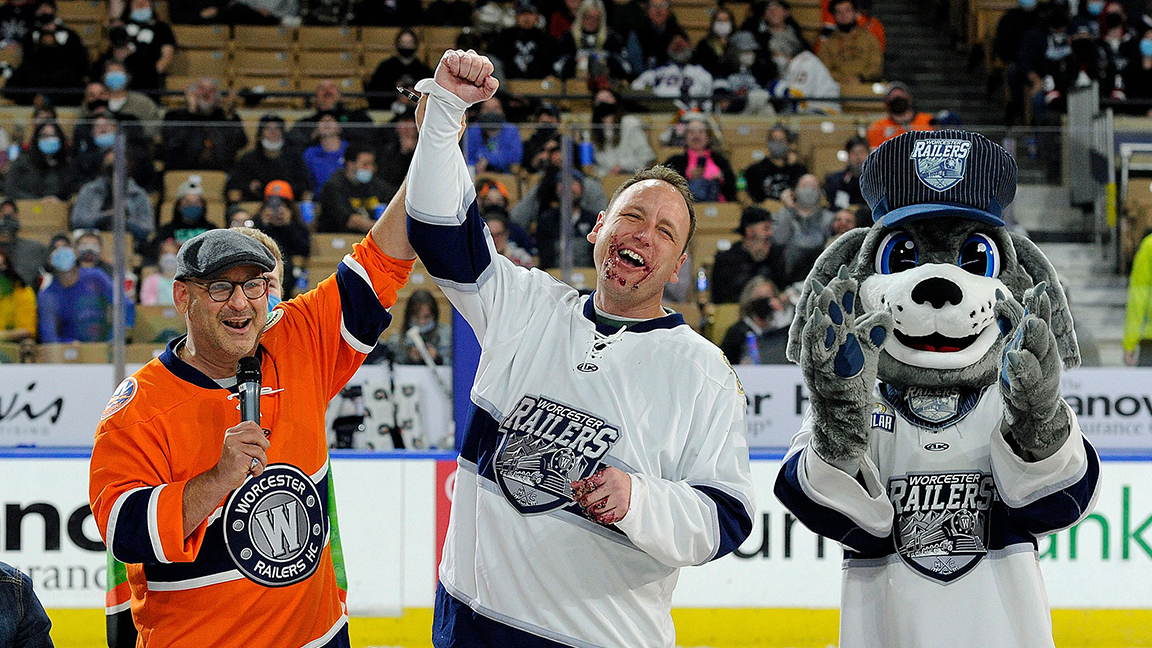 Joey Chestnut competed against four teams of two people each, eight total, during the first intermission on ice. Each team was offered a $1,000 cash prize if they ate more pies than Chestnut. The closest team to Chestnut’s 12 was seven.

Each pie was 12 inches large and weighed four ounces. To put that in perspective Chestnut ate a grand total of 3 pounds of blueberry-flavored Table Talk Pies.

Click HERE for a full video of the pie-eating competition.