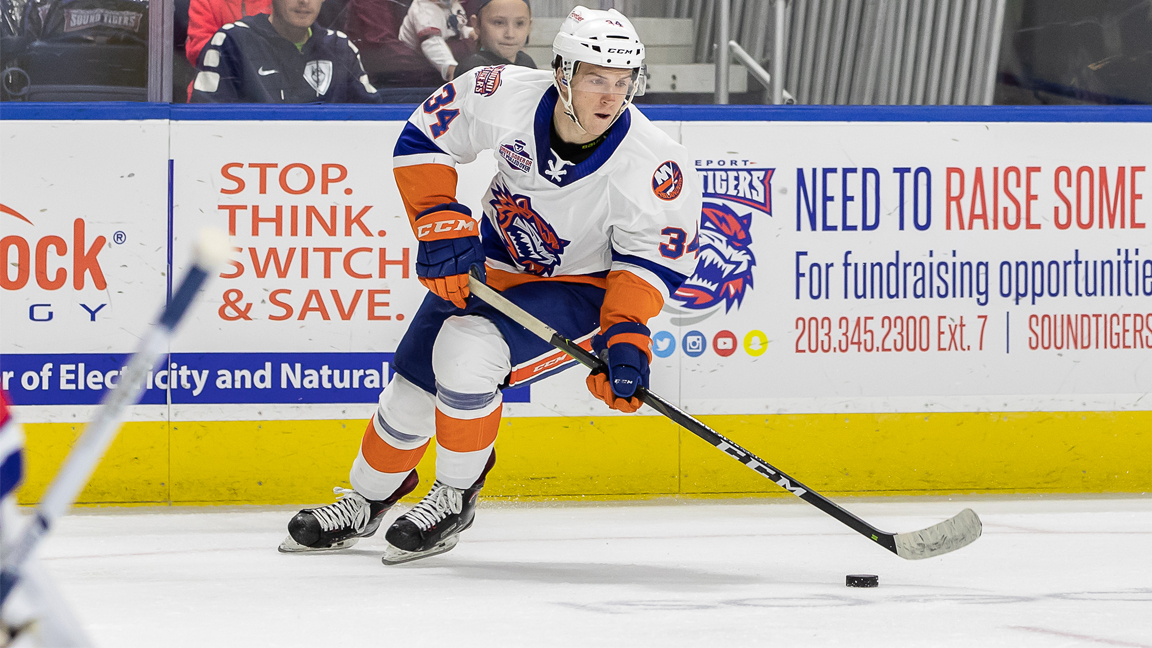 The Bridgeport Sound Tigers, proud AHL affiliate of the New York Islanders, announced Tuesday that forward Ryan Hitchcock has been loaned to the Worcester Railers H.C. of the ECHL.

Hitchcock, 22, had one assist in nine games with the Sound Tigers this season after turning pro with the team at the end of 2017-18. He initially signed an amateur tryout (ATO) with Bridgeport on Mar. 8, 2018 and collected nine points (three goals, six assists) in 16 contests to end last season. Hitchcock agreed to terms on an AHL contact May 1, 2018.

Prior to turning pro, Hitchcock registered a career-high 20 points (seven goals, 13 assists) in 31 games this season while serving as Yale’s captain during his senior campaign. The Manhasset, N.Y. native recorded 68 points (21 goals, 47 assists) and a plus-10 rating in 103 career games with the Bulldogs, including a career-high eight goals in 2014-15. Hitchcock also led all newcomers with 15 points that season and earned the Martin Dwyer III Award as Yale’s rookie MVP.

Prior to attending Yale, Hitchcock skated in the U.S. National Development Program from 2012-14 and played bantam hockey with the Long Island Gulls.

In addition, Matty Gaudreau will be in the lineup Wednesday for the Railers.

About the Bridgeport Sound Tigers

Founded in 2001, the Bridgeport Sound Tigers Hockey Club is the top minor league affiliate of the New York Islanders. Don’t miss your chance to take part in the family fun entertainment happening every home game at Webster Bank Arena. For further information on ticket or sponsorship opportunities, call our office at (203) 345-2300 or e-mail info@soundtigers.com.

Railers school Royals in shootout in front of 6,043 on Wednesday morning
Scroll to top