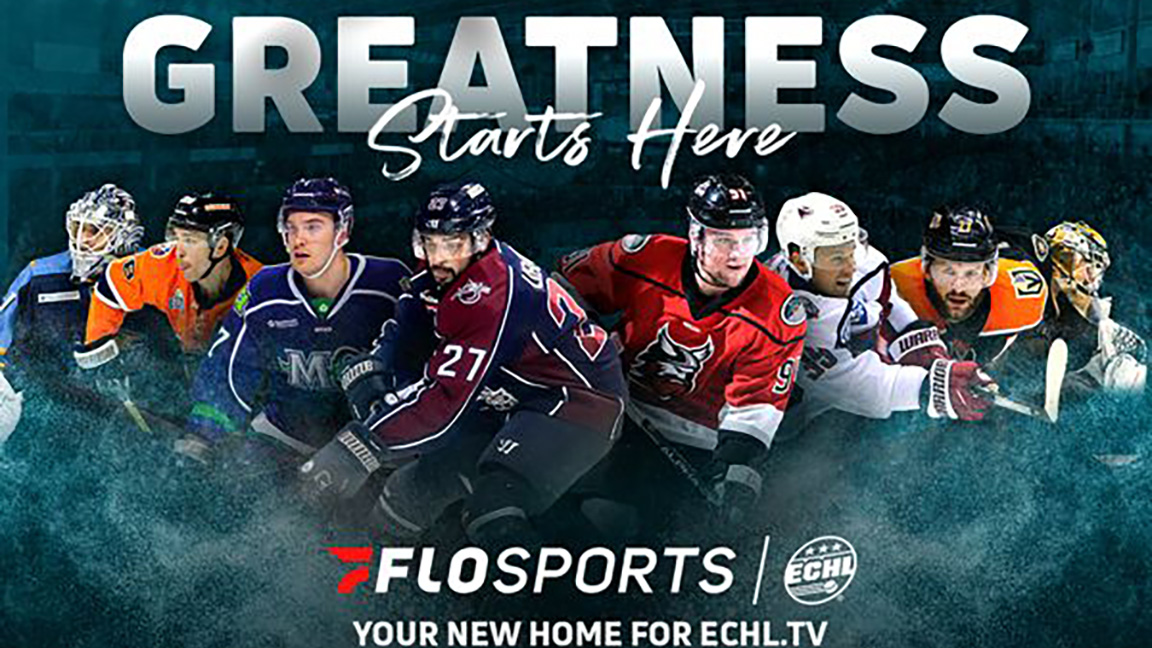 PRINCETON, N.J. – The ECHL announced on Wednesday that FloSports has been named the new provider for ECHL.TV beginning with the 2020-21 Season.

Every ECHL regular-season game, as well as the annual ECHL All-Star Classic and the Kelly Cup Playoffs, will stream exclusively through FloHockey, along with original content, interviews and analysis produced by FloSports.

“This is an exciting time for the ECHL.TV product and our league as we partner with FloSports,” said ECHL Commissioner Ryan Crelin. “Our fans will now have a platform that houses not only every live and archived game, but additional stories, interviews and features from around the league. This isn’t simply a technology partnership, but rather an opportunity to showcase our teams and players.”

“We’re honored to be able to build a long-term partnership with the ECHL, its teams and Commissioner Crelin, as we head into the upcoming hockey season,” said Mark Floreani, CEO and Co-Founder, FloSports. “They have worked tirelessly over the past 30-plus years to elevate professional hockey in all of their local markets and across North America. Our goal is to enhance their efforts to and accelerate the ECHL’s engagement with hockey and sports fans around the world.”

FloSports continues to bolster its hockey platform and recently announced a multi-year partnership with CCHA that will see every regular and postseason event hosted by a CCHA member school streamed live and on-demand on FloHockey. The agreement covers all regular season games to include preseason, non-conference matchups and the entire CCHA postseason tournament. Along with the ECHL, FloHockey will stream up to 1,600 games annually making it one of the premier destinations for hockey fans.

Began in 1988-89 with five teams in four states, the ECHL has grown into a coast-to-coast league with 26 teams in 19 states and two Canadian provinces for its 33rd season in 2020-21. There have been 678 players who have gone on to play in the National Hockey League after starting their careers in the ECHL, including 16 who made their NHL debuts in the 2019-20 season. The ECHL had affiliations with 25 of the 31 NHL teams in 2019-20, marking the 23rd consecutive season that the league had affiliations with at least 20 teams in the NHL. Further information on the ECHL is available on its website at ECHL.com as well as on Twitter and Facebook.

Founded in 2006, FloSports is a venture-backed subscription video streaming service dedicated to sports, offering live and on-demand access to hundreds of thousands of competition events across 25+ vertical sport categories in the US and abroad. FloSports’ vision is to give underserved sports the love they deserve. With a growing library of more than 300,000 hours of premium content including news, expert commentary, films, documentaries and more, FloSports has established itself as an innovator and leader in sports streaming. Finally, your sport has a home. For more information, please visit: flosports.tv.