Railers HC In the Community

“The Worcester Railers HC is a community first organization and we take great pride on being a terrific partner in the Worcester community and beyond,” said Railers COO Mike Myers.“It is a full team effort starting with our owners Cliff and Susan Rucker, our front office staff led by Paul Harris, our interns, hockey staff and players, corporate partners and members, the Worcester Railers HC Booster Club, and our mascot TRAX. We are honored to receive the award and look forward to our continued support in the Central Massachusetts community.” 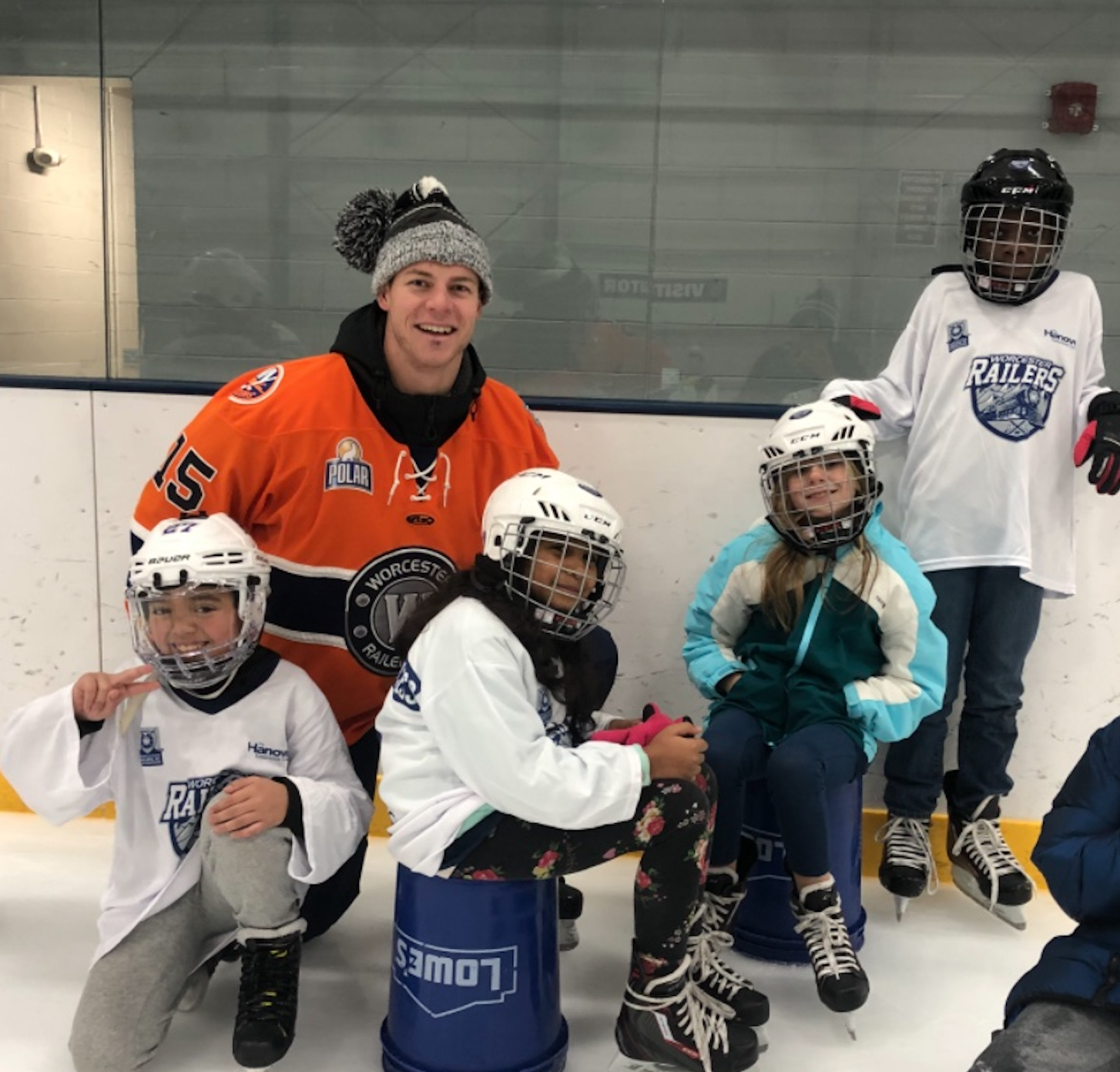 The Railers flagship community program Skate to Success has brought over 5,000 Worcester Public School fourth grade students to the Fidelity Bank Worcester Ice Center. The students are taught to skate by players, coaches, staff, and corporate partners, fed lunch, and receive a jersey and Railers memorabilia at no cost courtesy of The Hanover Insurance Group, Fallon Health, Worcester Business Development Corporation, CCM and the Niche Hospitality Group. In addition, 50 graduates of the program receive a scholarship for the WIC’s learn to skate program.

Additionally, the Railers partner with the Worcester Bravehearts for the Ticket to Read program in which Railers players and TRAX have visited over 40 local schools to promote reading by providing incentives. In conjunction, the Railers have organized two library renovations at Lake View Elementary School and Vernon Hill Elementary School, which included redesigning, painting, and creating a fun educational place for the students to go study and read. 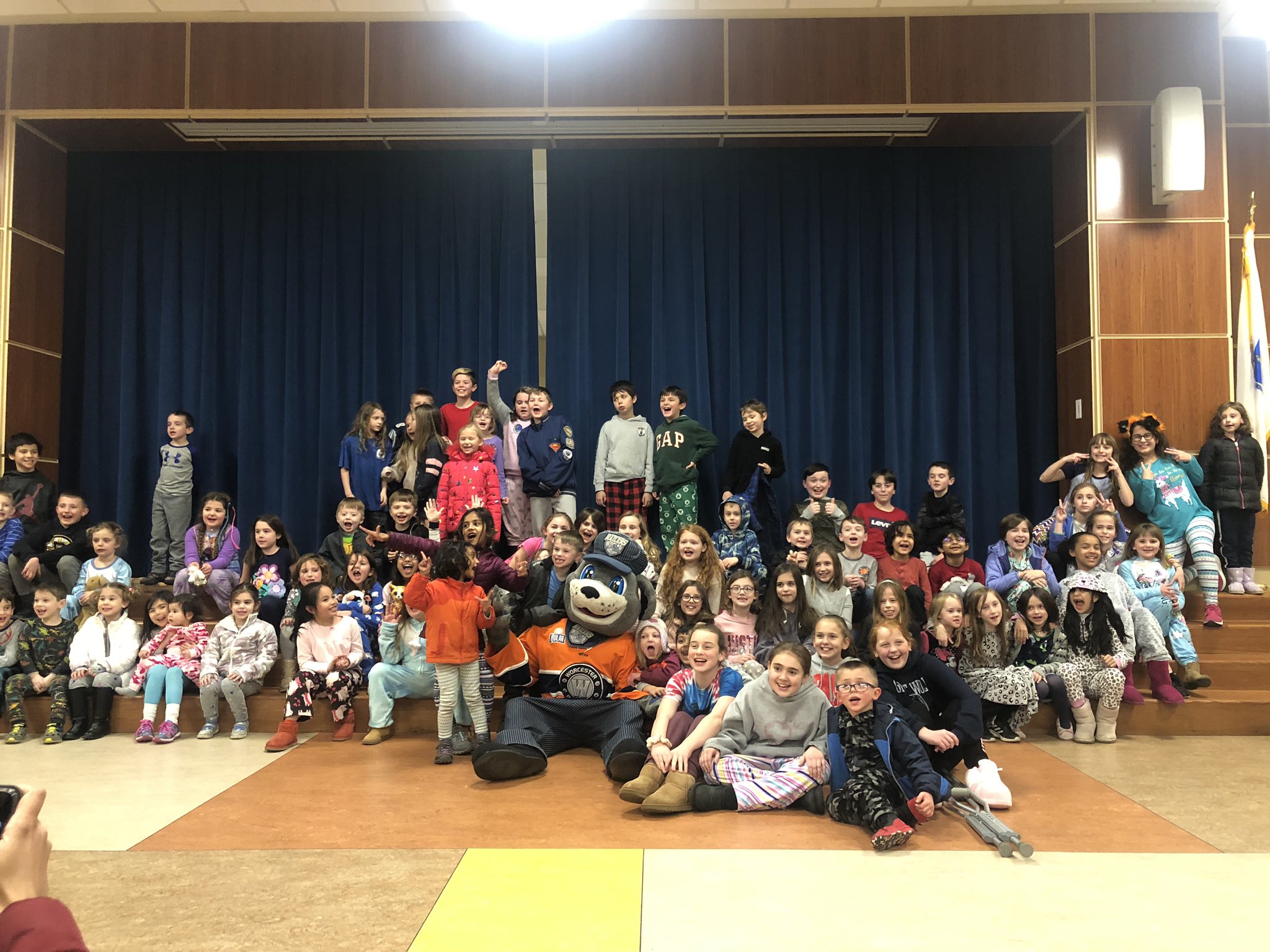 The Railers mascot TRAX has made over 1,000 public appearances ranging anywhere from schools, hospitals, community festivals, nonprofits, along with member, booster, and charity events.

In December of 2019, the Railers were awarded the Best Buddies Partner in Expansion Award for their role with the Best Buddies’ pre-employment training. The goal of the program is to introduce high school students with intellectual and developmental disabilities to opportunities in the workforce. The Railers hired a high school best buddy as part of the gameday staff and have also had a best buddy member since season one.

Despite the season ending abruptly due to COVID-19, the Railers continued to remain active in the community. In April, the Railers launched the Worcester Railers Small Business Stimulus Power Play in which $1,000 worth of gift certificates were purchased to 41 different small businesses located throughout central Massachusetts with partnership through Cornerstone Bank. Over 5,000 nominations were received which included over 600 unique small businesses.

As part of the Food For Frontliners program, the Railers purchased $14,000 worth of food and supplies which was donated to front line workers and local organizations throughout Central Massachusetts with the help of Advantage Truck Group – ATG. In addition, in partnership with the Massachusetts State Lottery, the Railers launched the Healthcare Heroes campaign which recognized the heroic efforts of local health care workers serving on the front lines of the COVID-19 pandemic.

“Our goal from Day 1 was to be a leader in the community and lead by example for the other ECHL clubs,” said Harris. “We have another busy summer planned and can’t wait to expand our community footprint as we get ready for our fourth season in Worcester.”

If you would like to receive more information regarding the Worcester Railers HC community efforts, request a donation, or would like to have TRAX attend your next community event – please fill out the form below and we will be in touch.