Hello Railers HC! It’s that time again for the Community Express! We are one week closer to the start of the season. 31 days left…but who’s counting!? It was another busy week in the community! Trax and I appeared at ten events this weekend! We had a blast!

Check out the latest Tuesdays With Tom episode on our homepage!

Connor, Trax and I surprised students at North St. Elementary early Wednesday morning by greeting them as they came off the bus. We passed out a bunch of giveaways and really made their morning special! We even got to meet their school mascot! 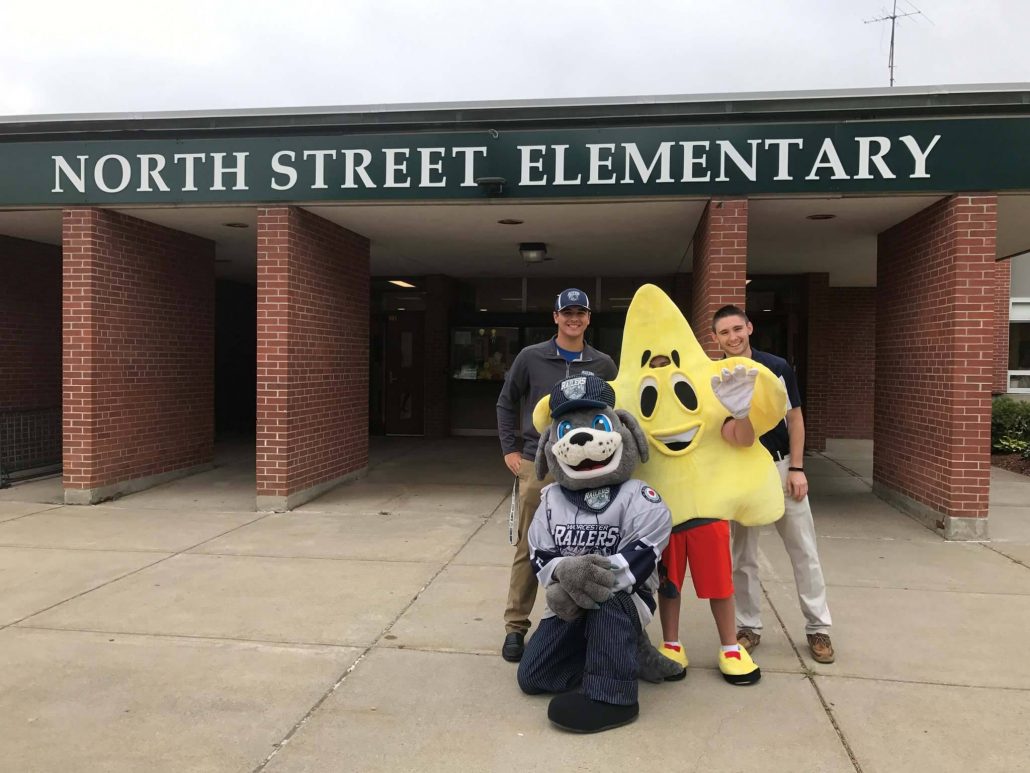 Trax and I had an unbelievable time at this event. I was able to meet with numerous cancer survivors and hear their stories. Trax got to walk a lap with the survivors around Lemansky Park. We also got treated to a very nice dinner! 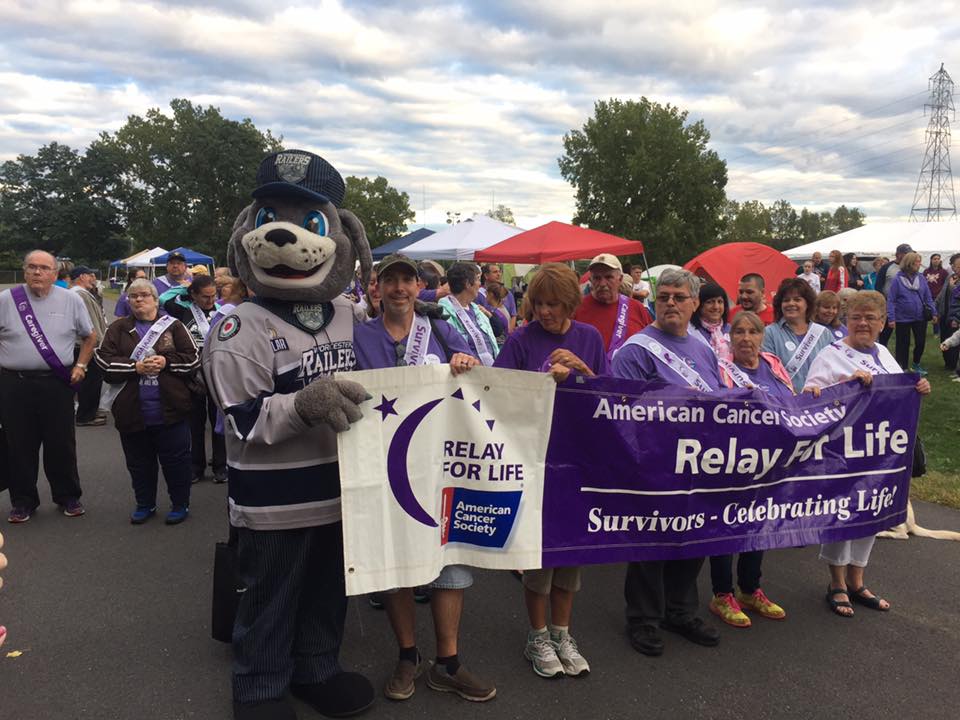 Saturday was an extremely busy day but I had a blast. I love staying busy and that’s just what we did. We started the day off with two 5ks. The first one was in Oxford and it supported Kisses for Kayla foundation. Trax got to participate in the kids fun run! The other 5k was the Canal Diggers 5k. Trax got to meet all the race volunteers as well as some runners before the race started. Later that day we appeared at two soccer events, one in Auburn at Pappas Field and the other in Rutland. Trax cheered on some Auburn soccer players form the stands while watching them play. It was registration day in Rutland and Trax got to kick around a ball with some of Rutland’s finest U8 players! 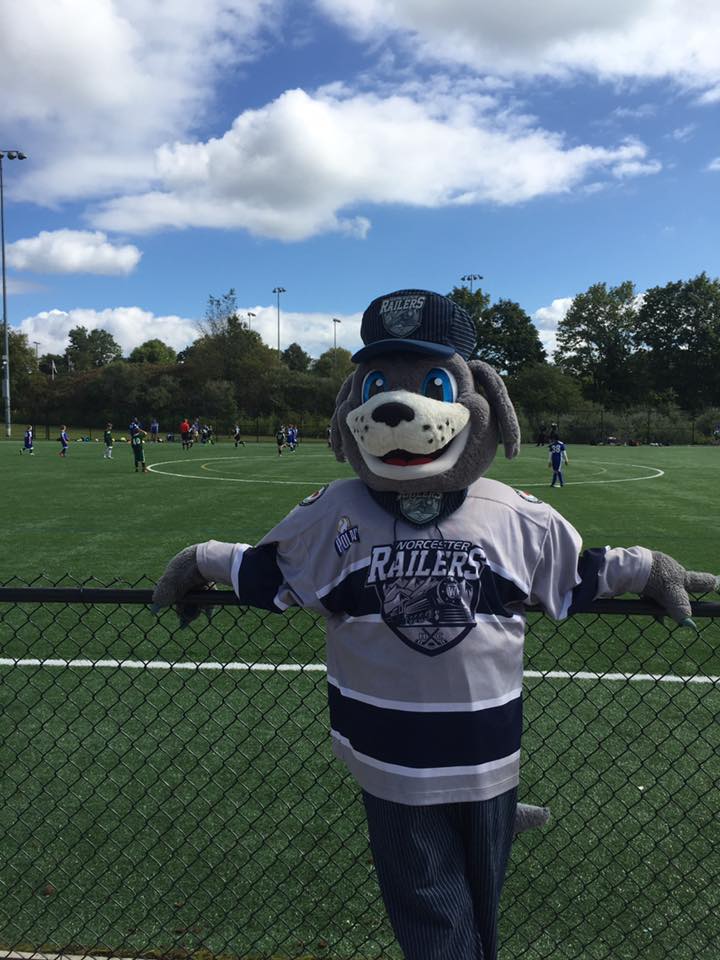 Saturday was also the opening of our Fidelity Bank Worcester Ice Center! All day, youth skaters had the chance to practice at our new ice rink. Trax made an appearance and took group photos with the teams on the ice! We can’t wait to go back. The Worcester Common hosted Pride Fest on this day as well! After the parade ended, Trax met up with everyone on the Common and took photos. Trax also got to meet some younger fans at the kids zone. We finished off the day at Froze Zone. They were hosting a fundraiser for the Umass Cancer Walk. Trax and I got free frozen yogurt!! What a day. 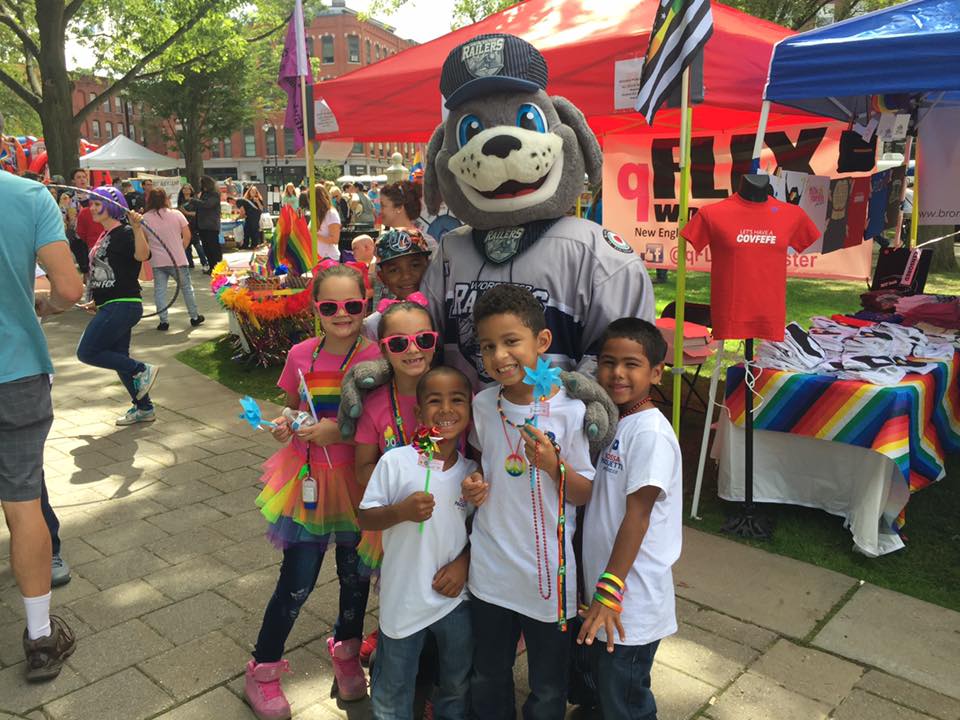 The Pet Rock Festival in North Grafton was a huge event! There had to be over 300 dogs in attendance! Trax was one of them. He would have won the Biggest Ears prize if only we stayed longer!! We got to walk around and meet all the other dogs. Just like the Bow Wow Luau, all these dogs were extremely friendly and wanted to play with Trax! After this, we left for East Brookfield to participate in the Cornhole Tournament they were hosting. We had a blast…Trax beat me! 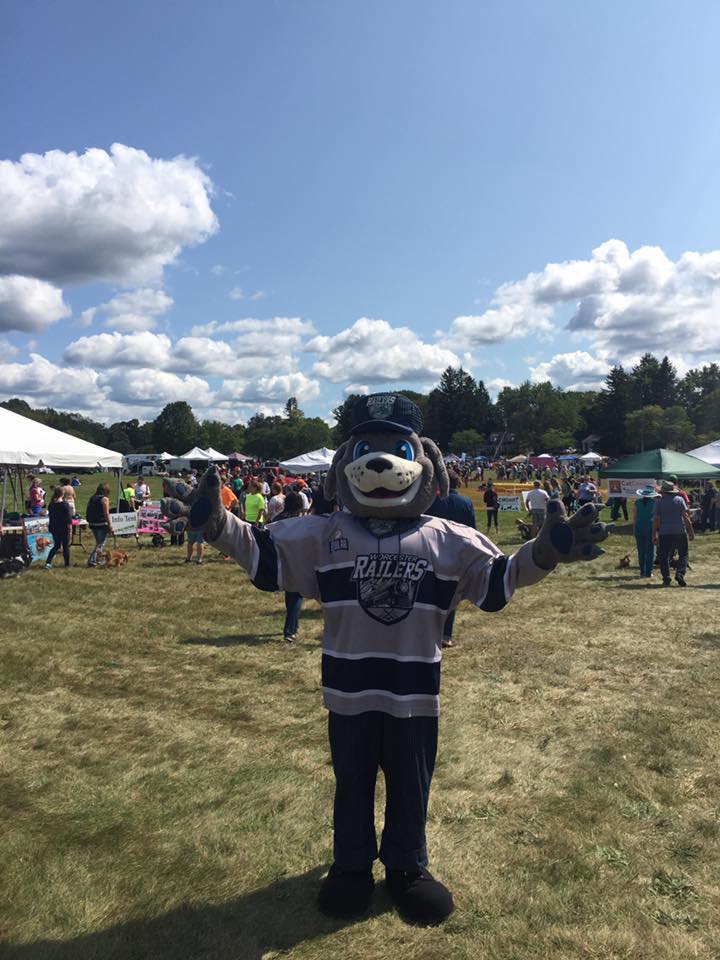 All aboard the Community Express!! Come check us out this week at…