Community Jill here to bring you up to speed on where myself and TRAX have been this past week. We tried to stay dry …. the key word being TRIED. If you read the previous Community Express, you might remember me praising myself that I didn’t fall my first time out on the ice… well, maybe I should stick to the ice. I haven’t been able to stay on my feet since then. I made an epic fall down a wet and muddy hill at the EcoTarium this weekend just before the gates opened up and thousands of kids poured in.

I swear I should just have a camera crew follow me around it would be much more entertaining than me trying to explain to you all the exciting things that TRAX and I encounter throughout the week. Until I can manage to get a personal TV production crew please continue reading. 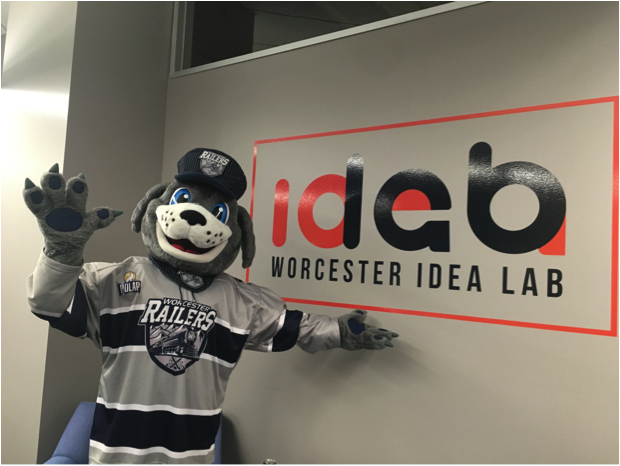 Last Thursday TRAX visited The Worcester Idea Lab for The Worcester Sun Anniversary party and Networking event! We learned that TRAX will have a new friend in the neighborhood, the name isn’t announced yet, but I have a feeling it’s going to be very Sunny in the Worcester community. 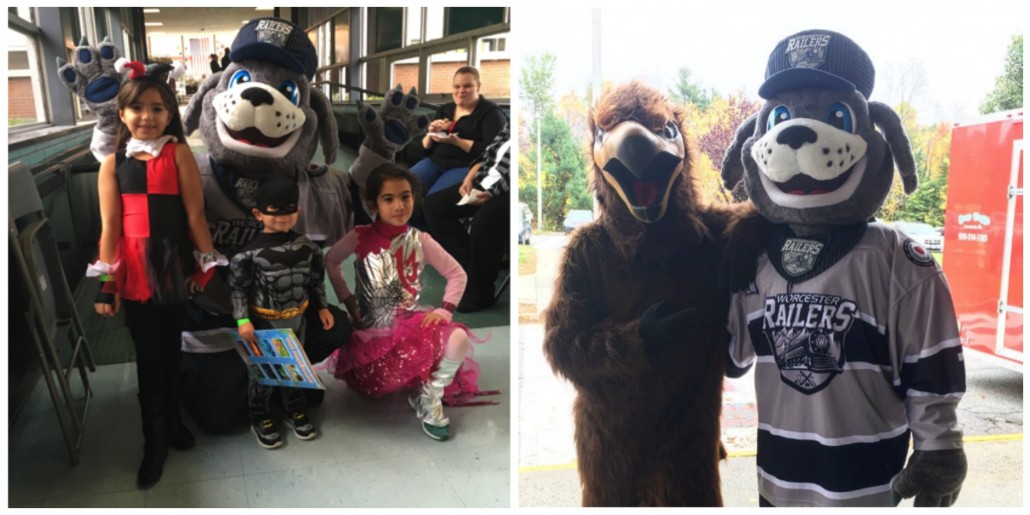 The Fall Brooks Elementary School Falcon welcomed TRAX with open wings to the Fall Brooks Harvest Festival on Saturday, October 22. That was only the beginning of a fun-filled rainy day.

The rain clouds followed us to the Worcester Ecotarium. The whole Railers HC front office took part in The Great Pumpkin Fest. TRAX unveiled his alter ego for Halloween, Super TRAX. While Eric, Tym, and Mike Fisher handed out candy and our new Railers pencils inside, TRAX and myself went out to explore. We took a ride on the explorer train ride that circles the museum grounds and through tunnels. When the sun set we saw the most spectacular pumpkin display ever, where 1,000 carved pumpkins were lit up along the pumpkin walk. 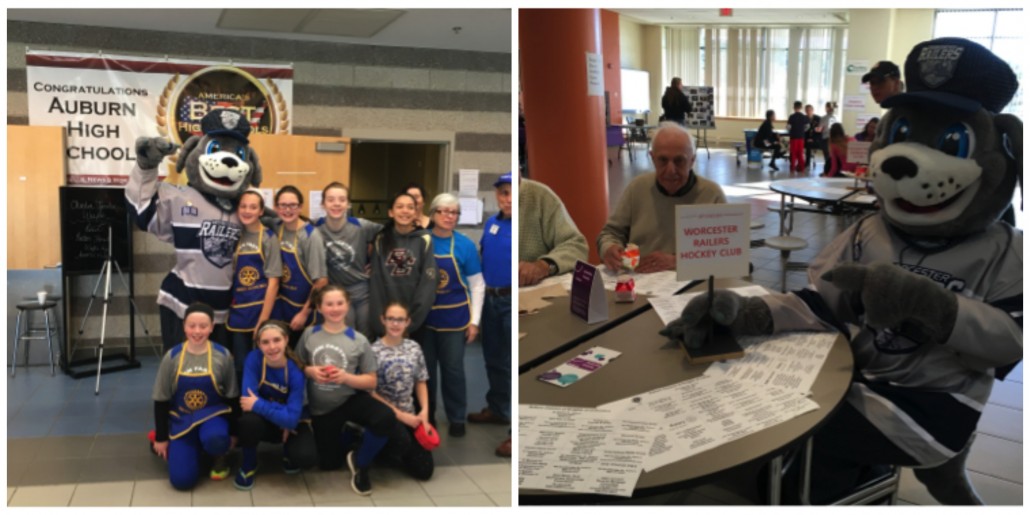 After a late night, TRAX woke up to a full pancake breakfast at the Auburn High School Flips for Scholarships Breakfast. The money raised by the Auburn Rotary Club will provide two scholarships to deserving students. 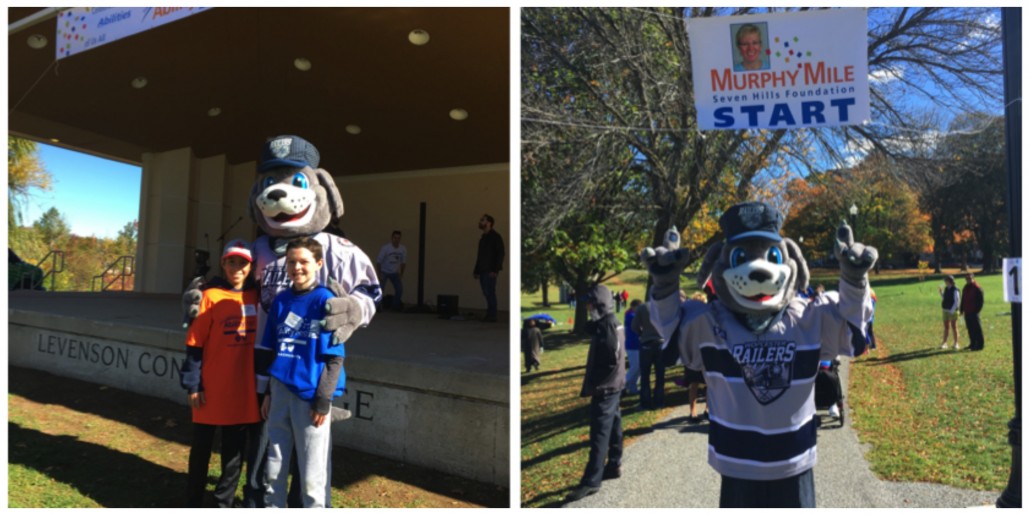 TRAX and myself wrapped up the weekend at the Seven Hills Ability Fest at Institute Park in Worcester on October 23.

Super TRAX will be at Greendale YMCA Halloween Party Friday, October 28 from 6:30pm-8:00pm.

My Best Buddie TRAX will be at the Best Buddies Friendship Walk on the Worcester UMass Memorial Medical School Campus on Saturday, October 29 from 9:00am-10:00am

Super TRAX will make his last appearance of the year at the Worcester Common Fall Festival on Saturday, October 29 from 12:00pm-3:00pm. Don’t miss out!

For more information on The Worcester Railers Community Events contact me Jillianw@railershc.com (508) 365-1751.