Out and About with TRAX

TRAX had an exciting last month of summer. He spent his days playing wiffle ball and street hockey with some local kids before they went back to school. His evenings were spent attending special events with president Michael Myers. He was even able to hang out with his friend Wally the Green Monster at a Sox game. 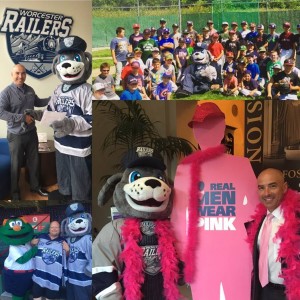 He’s here, he’s there, he’s everywhere. TRAX has been very busy since his big reveal at the Bravehearts game on July 30th.

On Monday August 1 TRAX visited the children at the Friendly house. The teen group (pictured below) wanted to take part in all the fun as well! 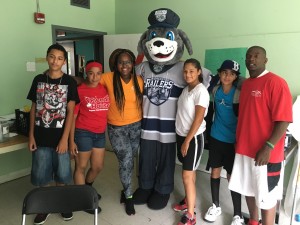 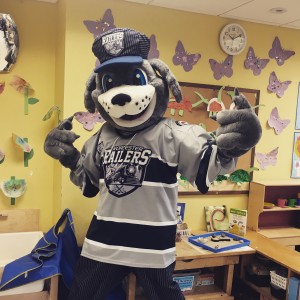 Both Worcester YMCA’s Welcomed TRAX in their communities. He had a dance class with the Central Community Branch, and joined Greendale Family Branch for lunch. 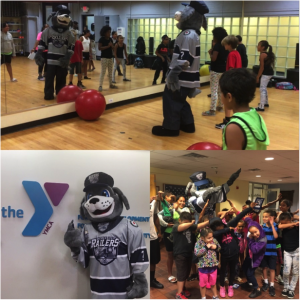 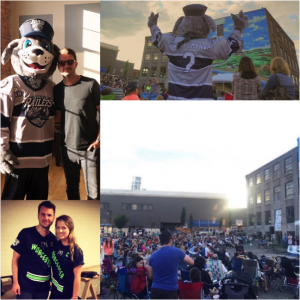 The Millbury Public Library held a Family Picnic on August 4th. TRAX had so much fun playing with all the children and enjoyed his burger cooked by State Senator Mike Moore. 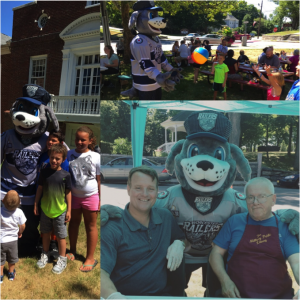 TRAX felt right at home conducting the trains when he visited the Worcester Ecotarium on August 4th . 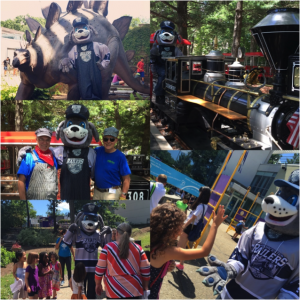