Unfortunately, the rain cancelled Jake The Lion’s Birthday Celebration. This didn’t stop Trax from showing up and handing over a giant birthday card to his best friend! Jake was extremely happy. Though the game was cancelled, Trax still had the chance to interact with the fans trying to stay dry under the large tent. 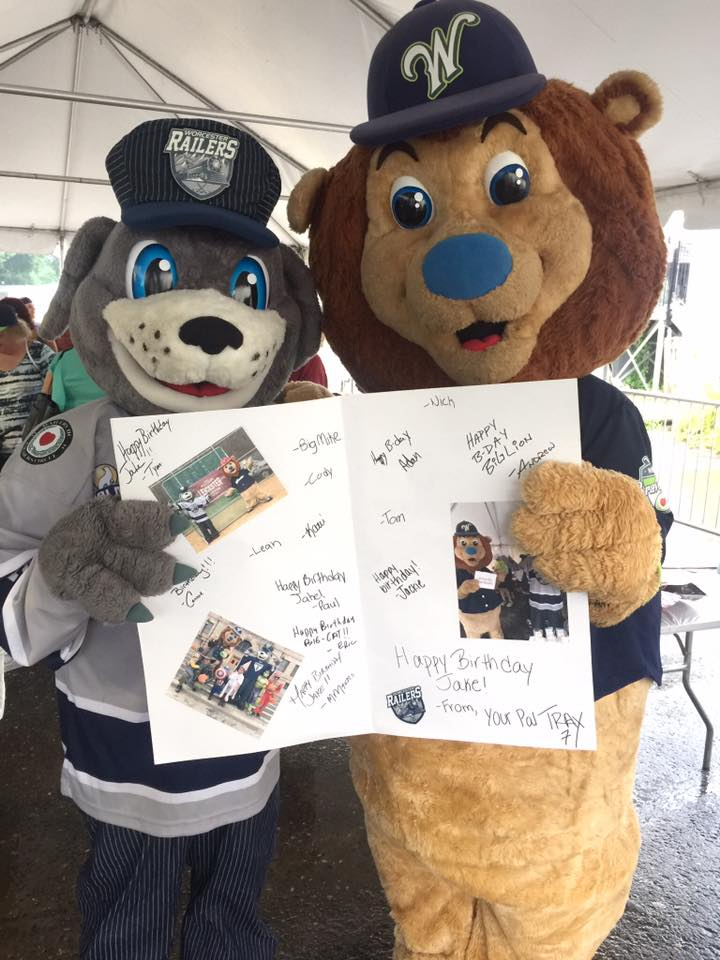 This was the first of four times that Trax will visit Treasure Valley Scout Reservation in Rutland. I was about to introduce Trax to the boy scouts but they all shouted his name his name before I could finish. They remembered Trax from previous visits to their elementary schools! 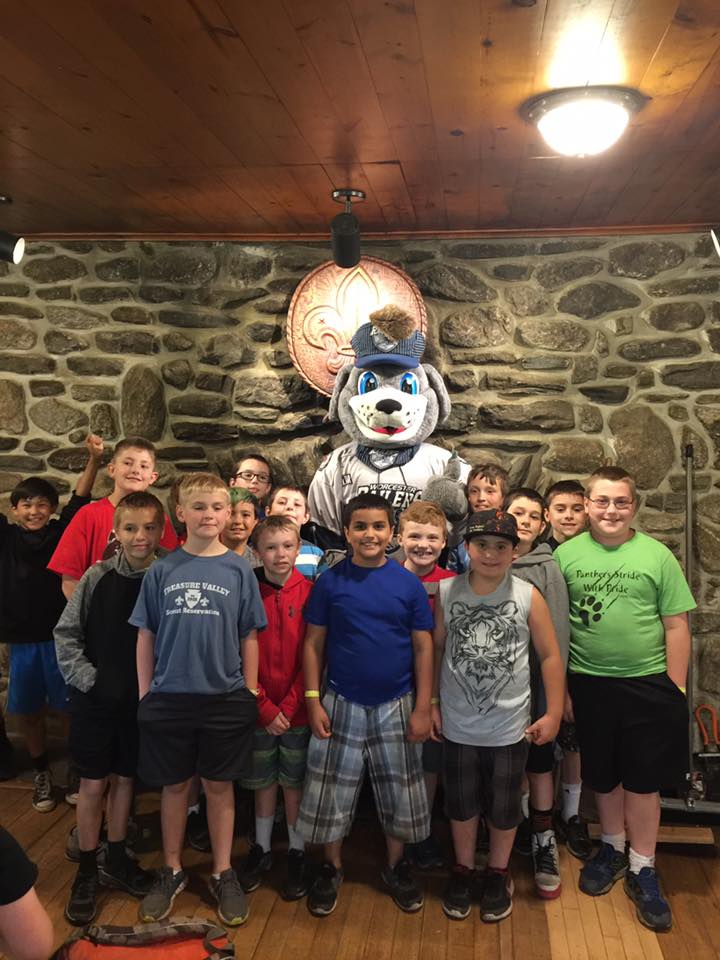 One of the tribes at Treasure Valley

Trax had a busy Saturday. During the day, Trax arrived at Quinsigamond State Park in Worcester for WooTown Wakefest! Trax didn’t participate in any water activities but he did walk around and make some new friends… he’s good at that! 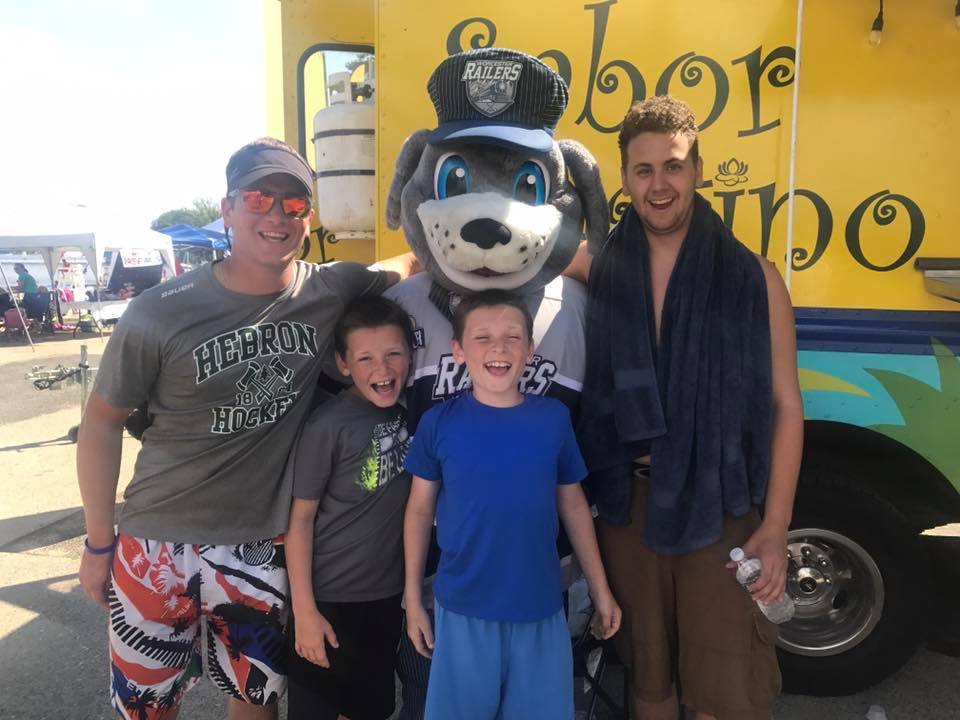 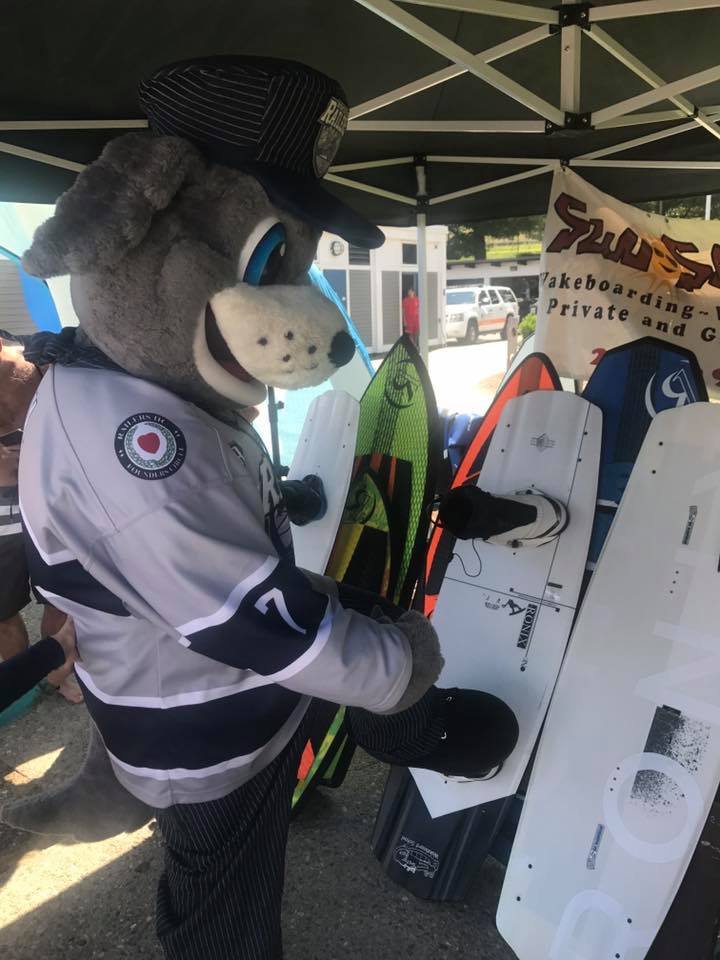 Trax loves to explore when he arrives at events!

At night, Trax made an appearance at the Wachusett Dirt Dawgs Game. He got to meet another Dog, Digger. 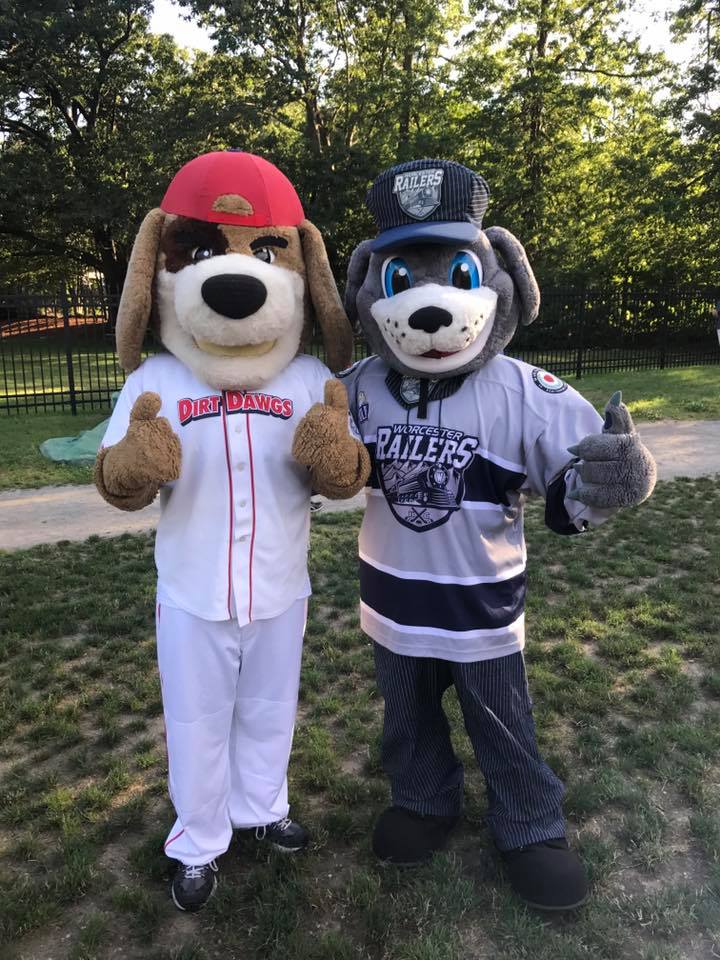 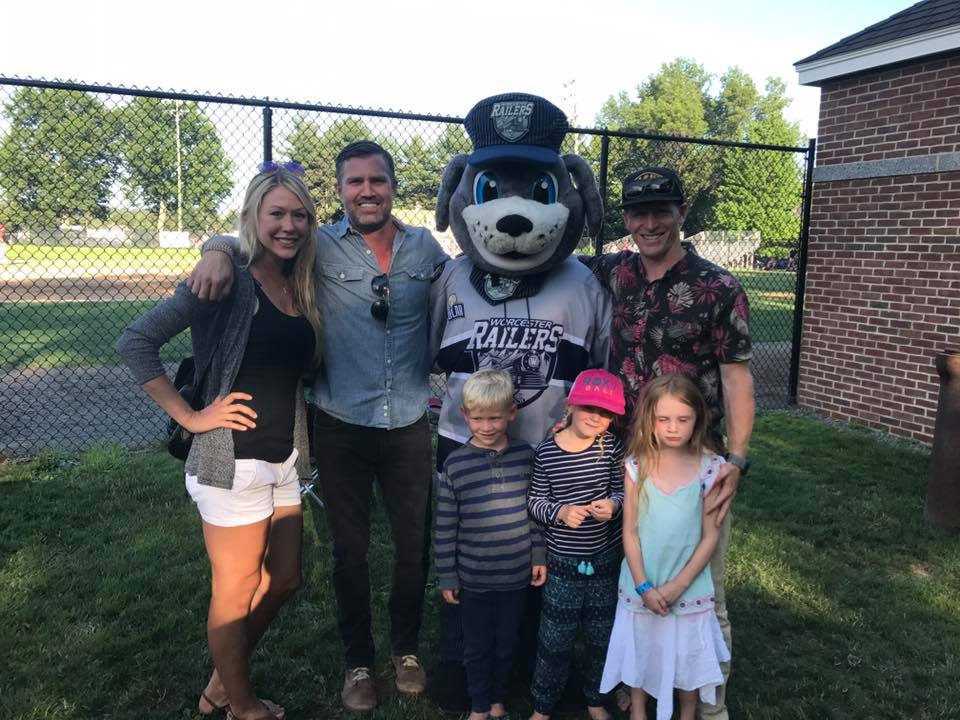 Trax with a family and Digger the Dirt Dawg.

Our second visit to Treasure Valley was another success. There were a new group of kids this week at camp and Trax took the time to take pictures with all of them! Trax passed out pocket schedules hoping to see these kids again come October! For more photos, check out Trax_RailersHC on Facebook! 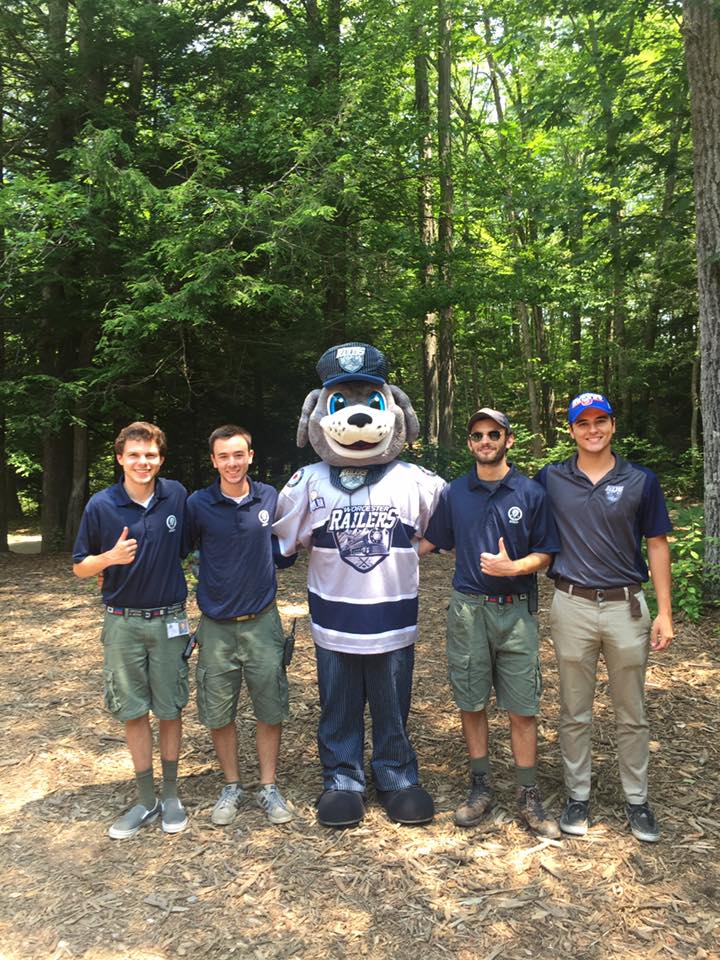 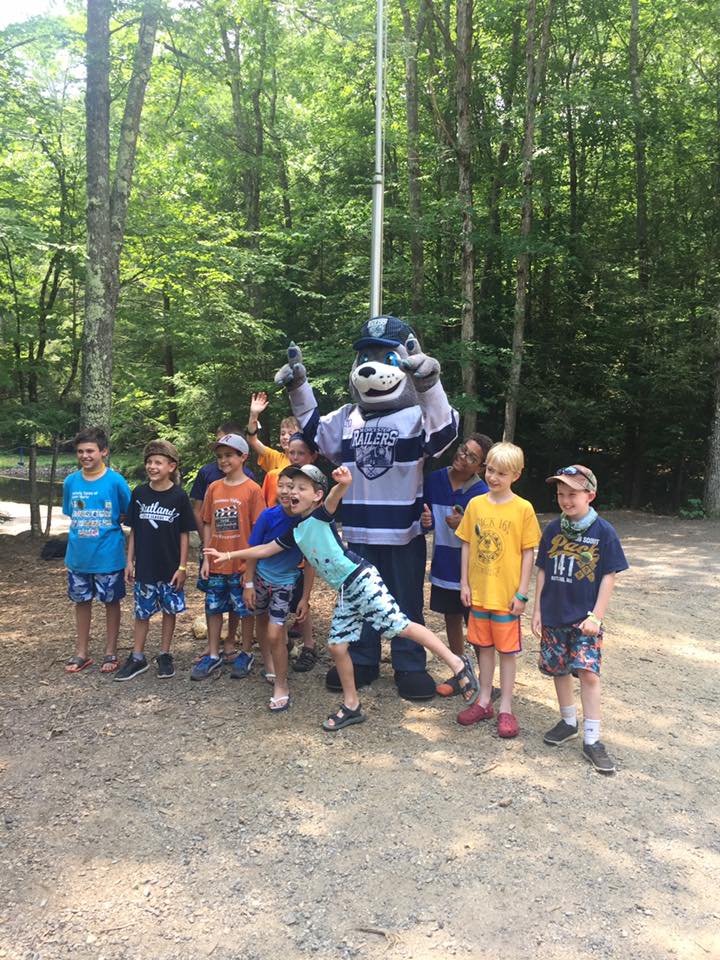 All Aboard the Community Express! Trax will be very busy this week…find him: 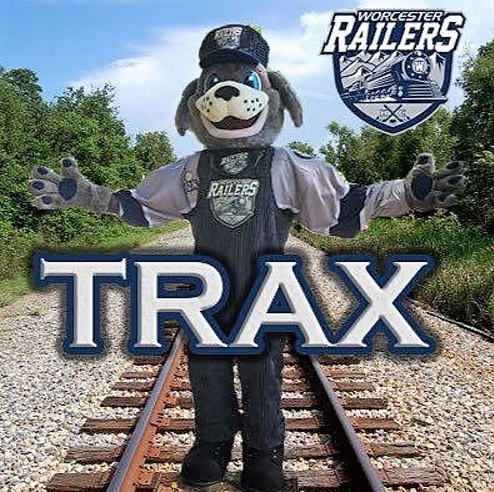