Community Jill checking back in with you with your community updates.

A lot has gone on since the last Community Express so let’s get up to speed.

I spent January 17-19 at the ECHL All-Star Classic with TRAX, President Myers, and Owner Cliff Rucker. As you all know we officially became official. Despite the cold and snow in Glens Falls New York, TRAX received a warm welcome by all the ECHL mascots! What you might not have known was that I was behind the scenes with VIP access for all of the activities. If you weren’t following me on twitter (@CommunityJill) you missed out! 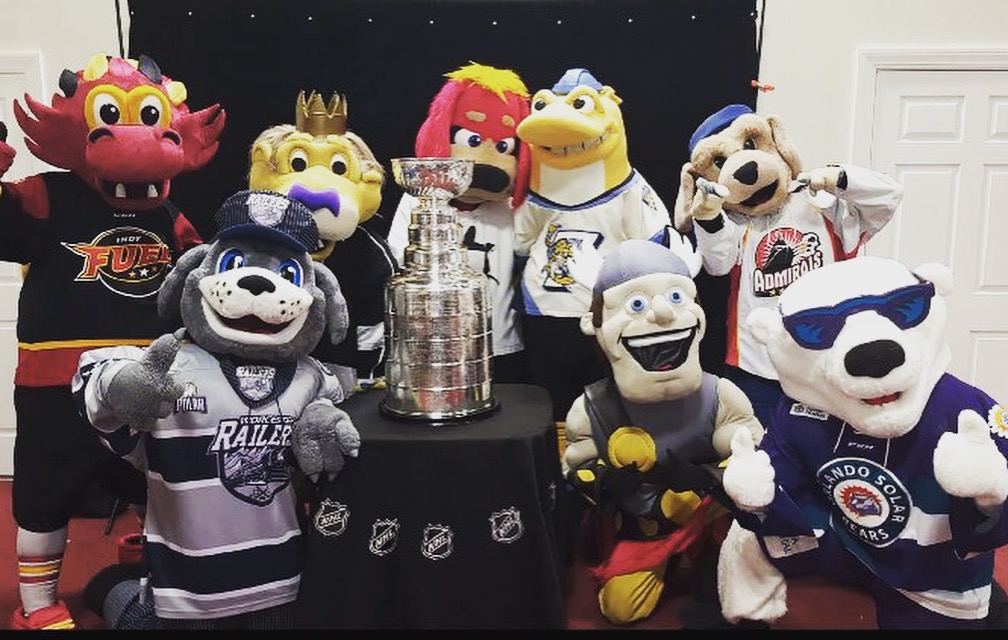 The Railers Staff re-opened up the “Case of the Puzzle Master” on January 25 at the Live Action Escape Games located across the street from our offices in the DCU Center. After 42 minutes of being handcuffed to the wall in a locked room together, we escaped. I would like to see if you can beat that! 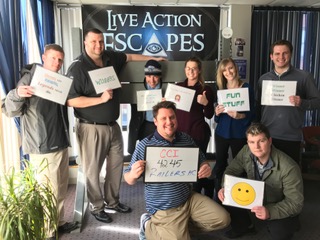 Worcester Railers HC Members were invited to Skate for free with TRAX and myself at The Worcester Common Oval. The Railers Raptor made an appearance at the Oval with the Rucker Family to skate along with Railers Coach/GM Jamie Russell. Members were treated to free food and drinks provided by TRAX’s favorite food truck The Dog Father! 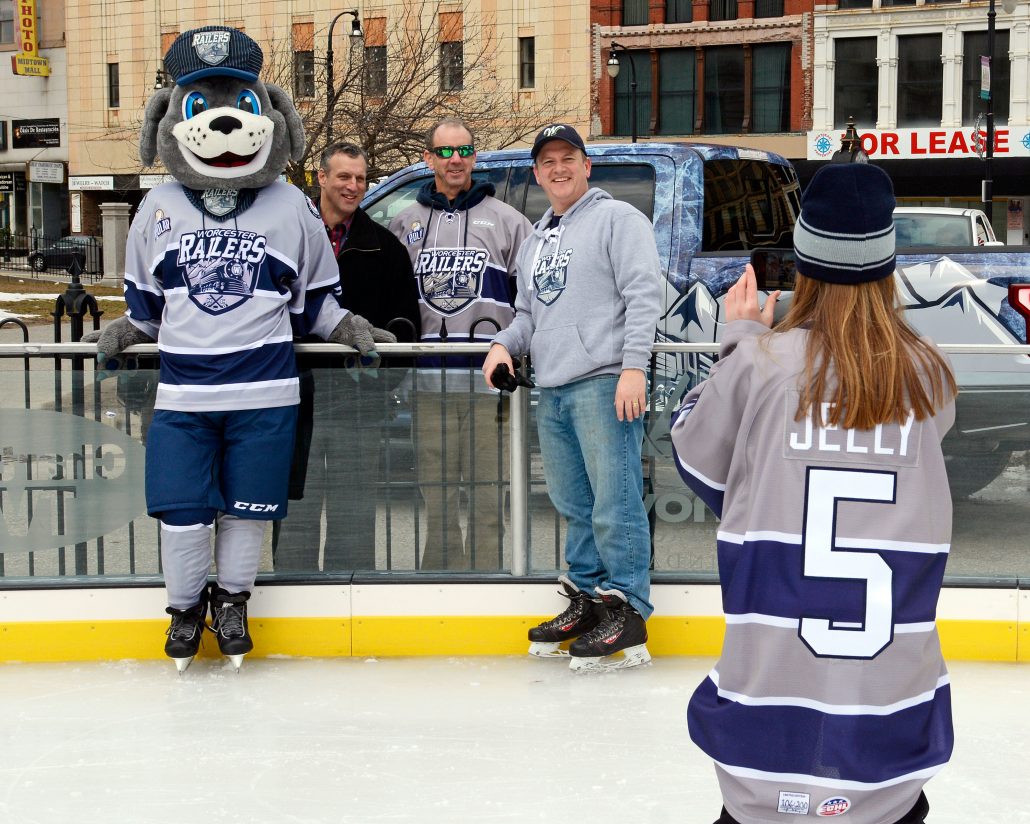 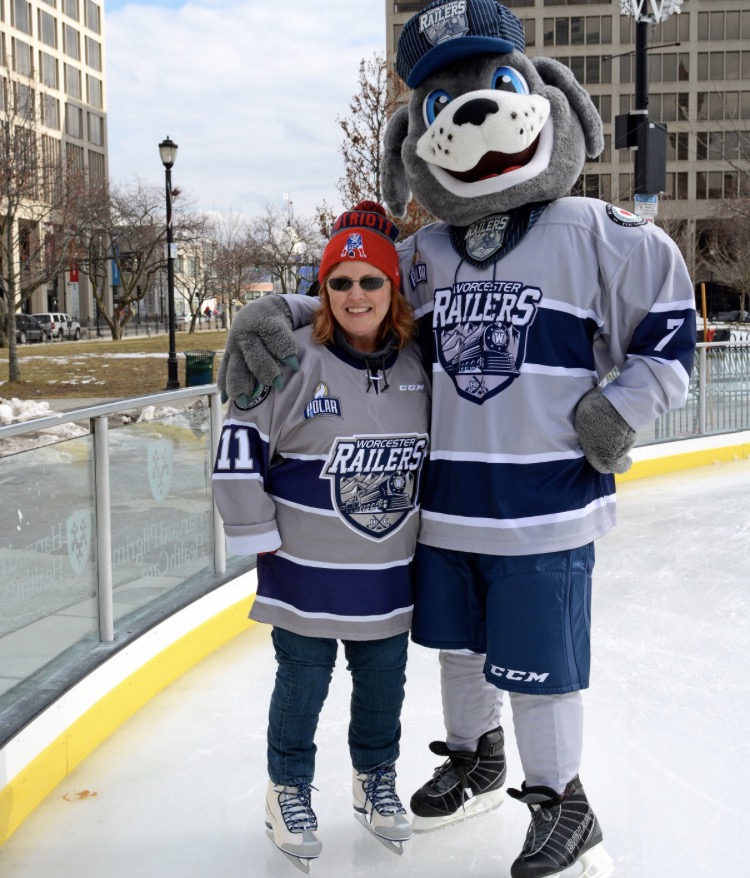 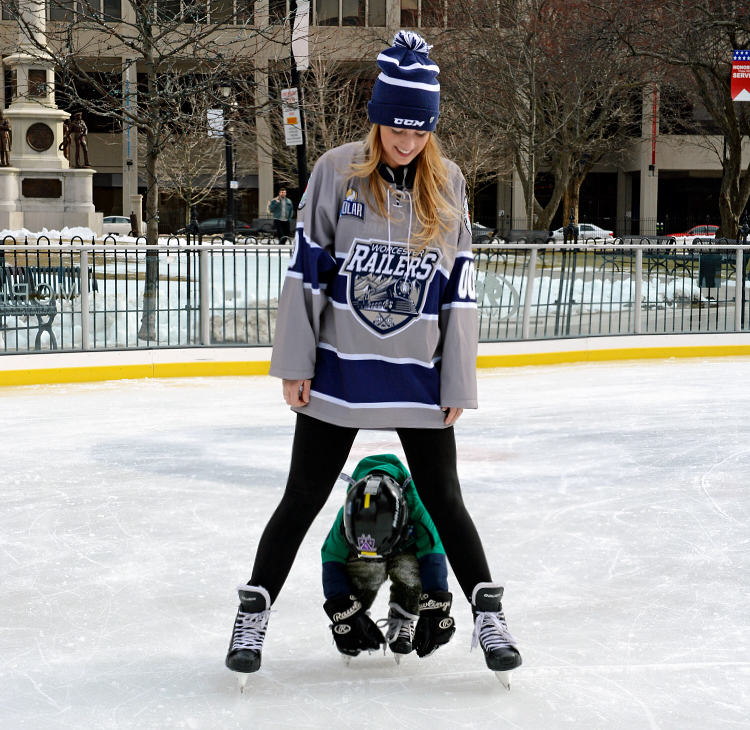 On Monday, January 30th I took TRAX and the Interns to St. Anna Catholic School to help them celebrate Catholic school week. (Yes you heard me right we have new interns Brad and Jackie) This was their first community event and it went off without a hitch. The students loved hanging out with TRAX. Did I mention it was crazy hair day at St. Anna’s …..well it was and one of the students even had hockey themed crazy hair with a Zamboni in it …..how awesome! 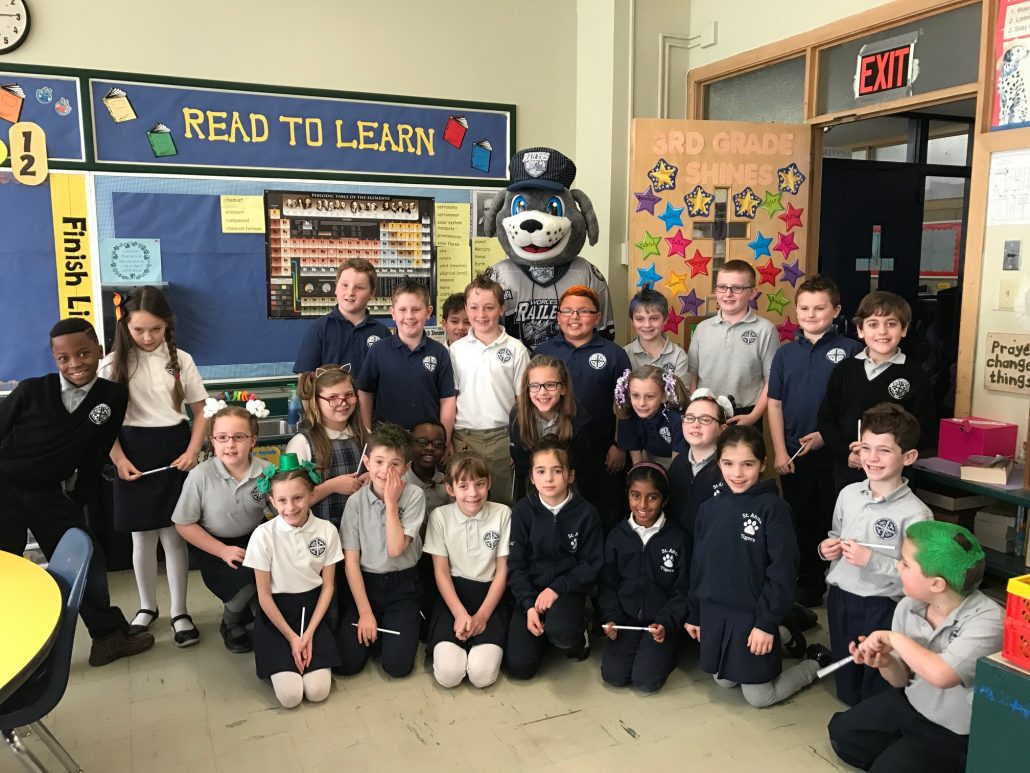 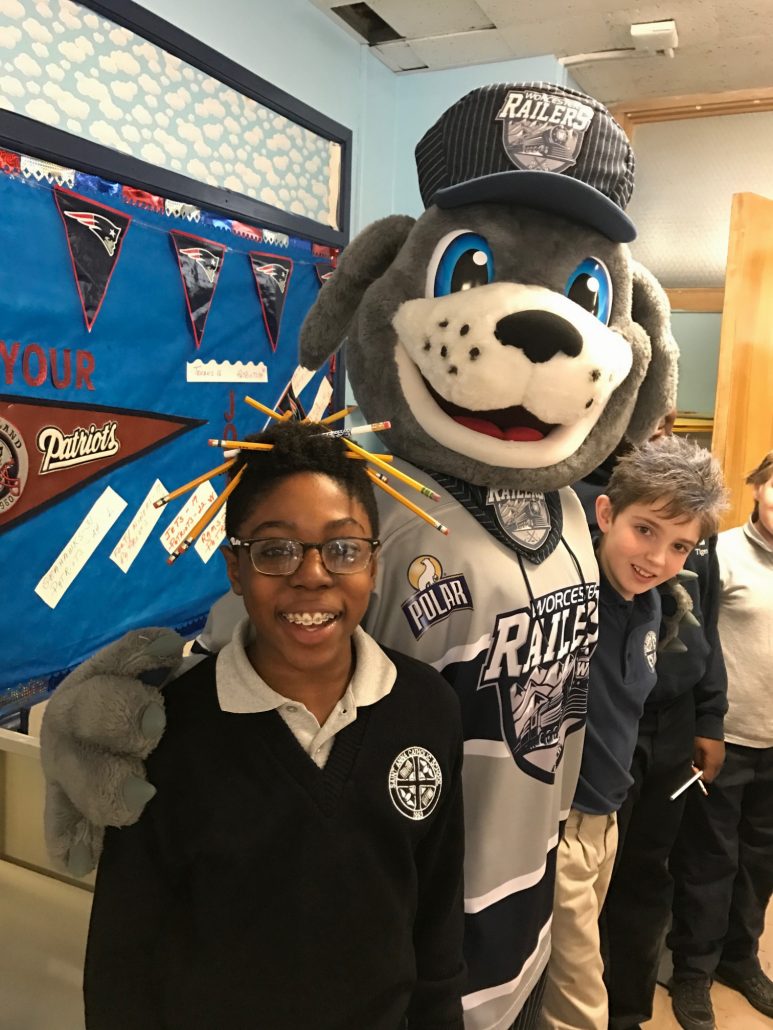 I believe the saying is “Fresh pies, get your pies here” so that is just what we did. TRAX heard that the first Table Talk Pie storefront opened up in the city and he wanted to go check it out for himself. Located at 120 Washington St right near the new Worcester Ice Center this cute little pie shop is doing more than just serving up delicious pies. Did you know Table Talk Pie is a Club level sponsor for your Worcester Railers! 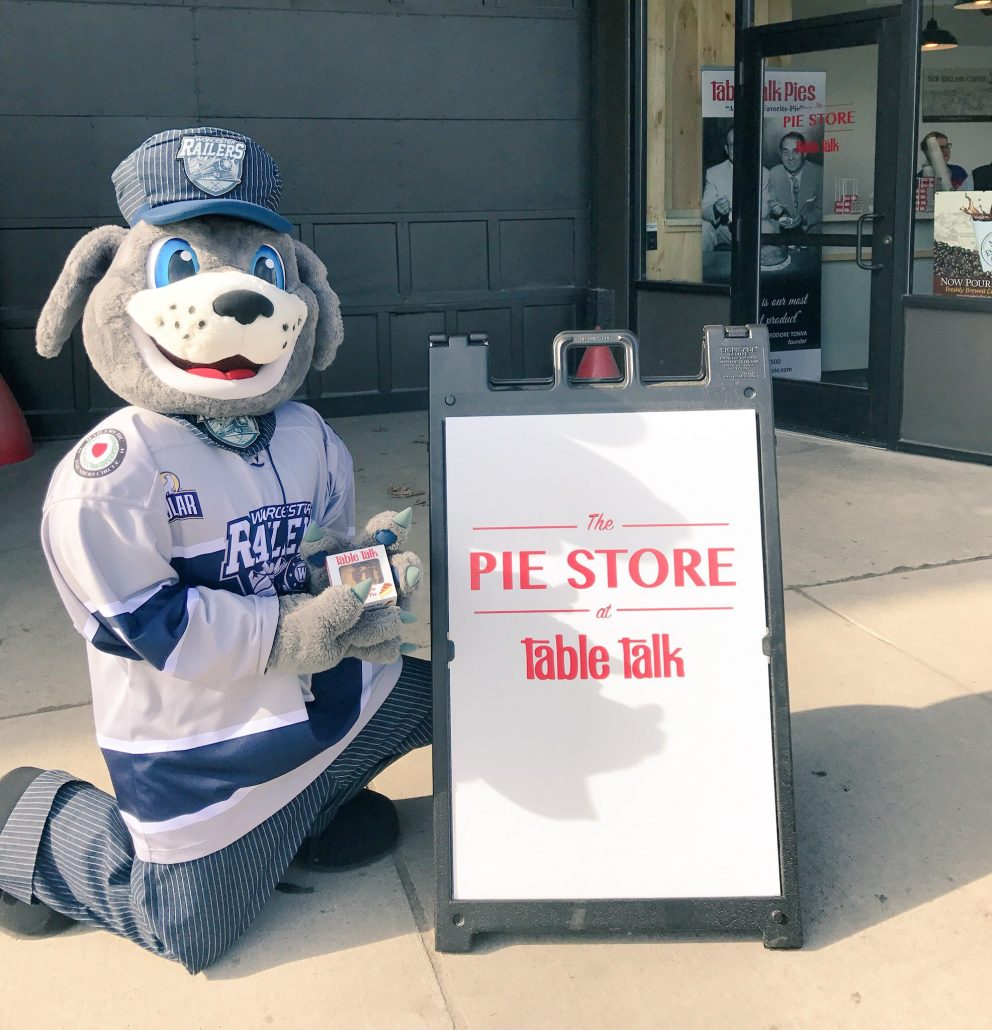 TRAX is on school vacation

Are you looking for something to do during school vacation? Follow TRAX and the Railers Raptor throughout the week!

TRAX will be spending Monday, February 20 through Friday, February 24th at the Worcester Common Oval. Join him for skating and much more at the Oval from 2-3p.m.

He will also be making a stop at the EcoTarium on Wednesday, February 22 from 11-12 to check out the new Cityscape exhibit!

On Thursday, February 23, put on your snowsuit to join TRAX at Wachusett Mountain from 10a.m.-12p.m.