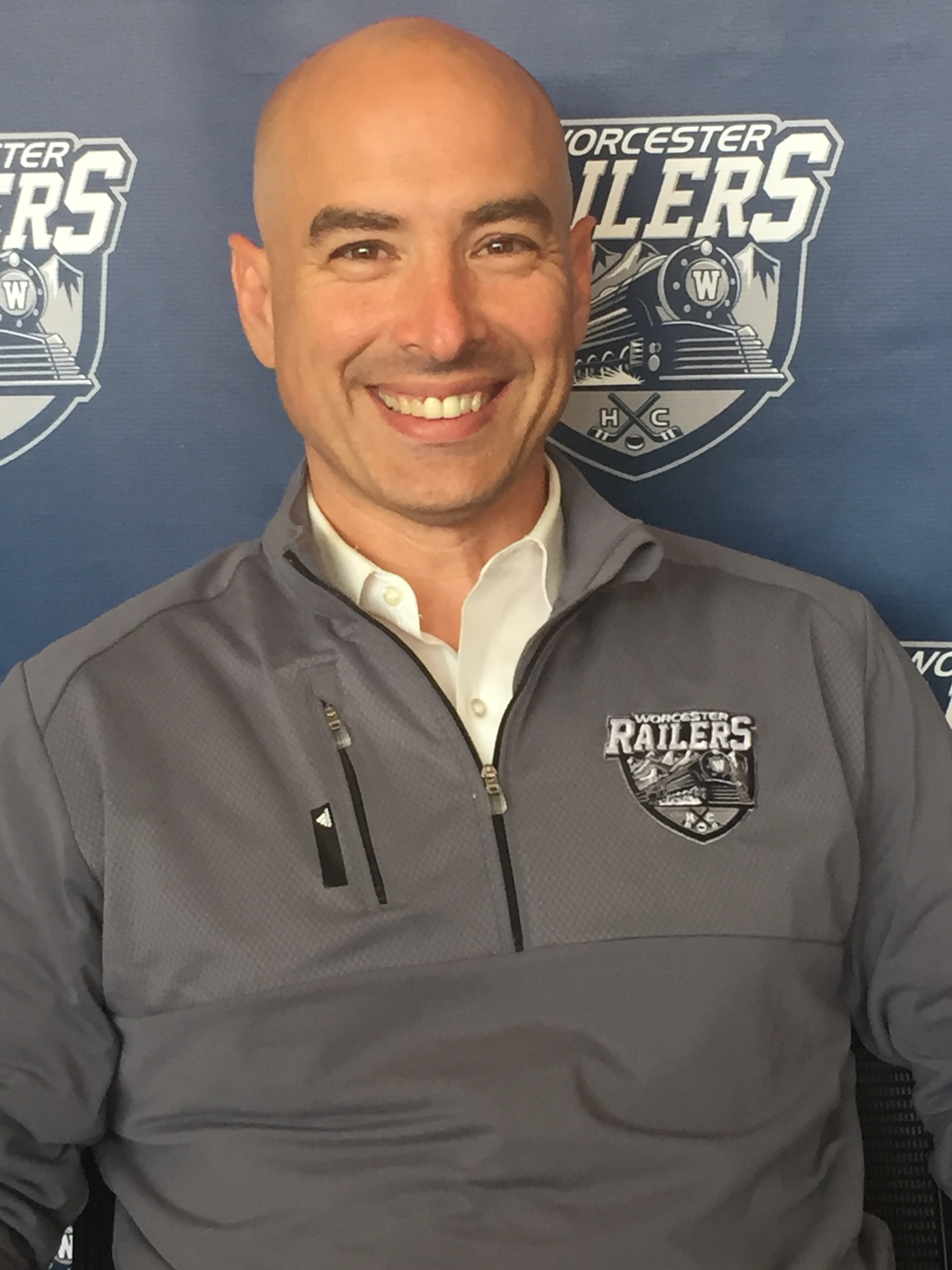 Mike Myers was named COO of the Worcester Railers HC on May 11, 2020 after serving as team president since May 2016. Under his leadership, the Railers were recognized as one of the premier teams in the ECHL which included winning the 2018-19 ECHL Community Service Award, finishing top three in corporate sales revenues in each of the last three seasons, and finishing in the top five in overall group sales. Myers was also named a finalist for the ECHL Executive of the Year in 2018 and 2019. Under his role as COO, he is responsible for all aspects of hockey operations, ticket sales, game day operations, and overseeing the Railers HC Foundation.

Before working with the Railers he spent nine seasons with the AHL’s Worcester Sharks as Senior Director of Business and Community Development. Myers made a significant impact in Central Massachusetts over that time overseeing an award-winning community relations department while also becoming a fixture in Worcester County’s business landscape.

Prior to his work with the Sharks, Myers owned and operated Myers Mask Design in Worcester where he built a reputation as one of the country’s top mask designers for 11 years, having designed and painted masks for NHL greats such as former Conn Smythe winners Cam Ward and Bill Ranford, and NHL All-Stars Olaf Kolzig, Jonathan Quick and Dwayne Roloson. Myers painted a mask for Josh Harding of the Minnesota Wild that was voted “Mask of the Decade” by Sports Illustrated in 2010.

Mike continues to actively serve on the boards of several non-profits throughout the area including: The Nativity School of Worcester, Devereux of Rutland and Rainbow Child Development Center of Worcester. A varsity hockey goalie and lacrosse player at Assumption College from 1989-93 he graduated with a Bachelor’s Degree with a double major in Psychology/Spanish and a minor in Art.

Myers attended ECHL training camps with the Hampton Roads Admirals in 1993 and the South Carolina Stingrays in 1994. The Assumption graduate returned to his alma mater, serving as the Greyhounds’ hockey assistant coach from 1999-2005. As a USA Hockey Level 3 Coach, Mike has spent the last 11 years coaching over 17 youth hockey teams in the Junior Sharks and Junior Railers Organization. He is currently the head coach of the 2005 AAA Elite and Assistant Coach of the 2002 AAA Elite and Mite II teams.