For over three decades, the DCU Center in Worcester, Massachusetts has been recognized as the gathering place for people to experience the finest in entertainment, sporting events and public functions. Hailed as one of the most successful entertainment and convention facilities in the nation, the DCU Center opened its doors in September 1982 with the legendary Frank Sinatra Inaugural Concert. Since then, acts of all musical genres have found their way to the arena stage.

The arena features annual appearances of the top family shows including Ringling Bros. and Barnum & Bailey Circus, Disney On Ice and the Harlem Globetrotters. The DCU Center also plays host to a variety of sporting and entertainment events including NCAA Hockey, Holy Cross Hockey and Basketball, Professional Bull Riders, MIAA High School Basketball Championships, Monster Trucks and more. In addition, the facility is proud home to a newly announced ECHL expansion franchise. The Puck drops in October 2017 and the team will play 38 regular season home games. 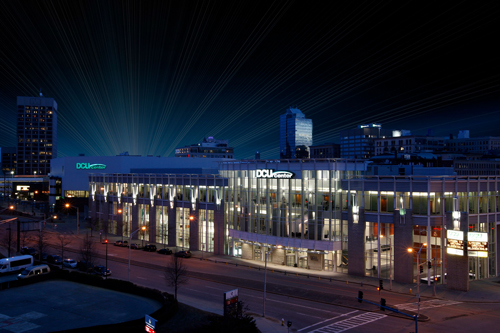